I caught up with Dallas Steele to talk fitness, fantasies, and the future.

“As I’ve shared many times, junior high and high school were brutal for me…” confirms Dallas, when I ask him about his fitness journey. “As an overweight teen, I was constantly bullied and teased about my weight – at one point, I tried to kill myself. Anyone who has been through anything like that will tell you that you learn how to function and overcome, but you really never fully leave the experience behind.”

“In the last 27 years, I’ve missed a total of 62 days at the gym – that’s including weekends and holidays. I competed in amateur bodybuilding in my thirties and forties, and now, just a few weeks after turning 50, I’m about to do it again in the Classic Physique category.”

“Despite all of that – plus more than 50 adult movies, and more than 300,000 fans and followers worldwide – I still look in the mirror and occasionally see the fat teenager.”

“People are sometimes brutal in their comments, but none of them ever come close to how critical I am of myself.”

“Overall, I’ve made peace with myself and my appearance, but it will always be in me to be working harder to look my best.”

“When COLT and Titan both called me three days after I submitted my applications, I simply couldn’t believe it. I felt like I had won the Miss America pageant. Someone actually thought I was worthy.”

“But then, your first movie comes out, and it’s hard to watch. It was like my early days in television news – I absolutely hated watching myself. I’m incredibly critical about every detail of my appearance.”

“My partners – I have two – say they can’t watch my movies with me because I basically produce a director’s commentary.”

“I’m hesitant to specify which of my films have been the most memorable…” protests Dallas, when I ask him about which performances he’s most proud of. “With that comes the implication that my screen partners in those films would be defined as favorites. I’ll never pick a favorite screen partner. The second you do, all the others feel that they’re not your favorites – I would never want anyone thinking that.”

“But, with that caveat, I really like TitanMen’s Rough Trade, Blueprint, and Blue Collar Ballers. Adam Ramzi, Bruce Beckham, and Dirk Caber are all incredibly hot men. I especially bonded with Dirk – we laughed through the whole scene. It was a lot of fun.”

“I’m also intensely proud of Bound for Sodom by Kink.com. The location out in the desert was breathtaking, as was the concept. Most importantly, Sebastian Keys – the director – got more out of me as an actor than anyone else ever has. I’m most certainly not the dark Sheriff portrayed in the movie, but Sebastian kept pushing and pushing to get me there with my dialogue, and my intensity. When I watch that movie, I’m like – Who is that guy? If I had to pick one movie that I’m intensely proud of, it would be that one.”

“I have channels on both OnlyFans and JustFor.Fans…” explains Dallas, when I ask if he enjoys the entrepreneurial side of being a porn-star. “I consistently rank in the top 7 percent of content creators on OnlyFans, and top 20 percent on JustFor.Fans.”

“But, you can have great content and still not be successful if you’re less than stellar at the marketing aspects of it on Twitter.”

“I get emails from guys asking why people aren’t subscribing to their fan channels. Those are usually the guys who post a jack-off video once a week. It’s the same thing over and over and over. Incredibly boring. I don’t care how hot you are, after I’ve seen you jack-off two or three times, I’m going to need something more to keep paying month after month.”

“I’m not saying that you can’t make it on solos alone if each one is somehow unique and creative, but I think the most successful guys on the fan-subscription platforms have lots of content with lots of different types of men.”

“Too often, porn-stars make the mistake of only making content with other porn-stars. Regular people want to see themselves with you. They want to imagine that. If they only see you with guys who are ripped or super-hung, eventually, that’s going to be a problem. I have Fan Fuck of the Month – where I pick a fan who I find attractive. Sometimes I pick guys people wouldn’t expect – that’s the whole idea.”

“I think that the fan-subscription platforms are great because it’s put studios on notice that performers often have better casting ideas and better movie concepts than they do. We’re not confined to the usual stereotypes – Daddy/boy, Black men are always tops/thugs, twinks are always bottoms, no men ever over 50, and so on. I think many of the big-name studio directors and their management are hopelessly stuck in the box and terrified to take a chance. Indeed, there is a financial risk for them. Performers creating fan-subscription content don’t have that same level of risk.”

“Depending on who I’m doing a fan-subscription shoot with, shooting can take as little as one hour for something simple, or – if I’m really into the directing aspects of it, and using two or three cameras and lighting – up to four hours. I think that I’m a pretty decent director, and I’ve also got the editing skills I learned over 20 years in television news.”

“I have a big underwear fetish…” reveals Dallas, when our conversation inevitably turns to underwear. “I especially love jocks and thongs.”

“At the gym, I generally wear sexy, but supportive briefs. My workouts are quite intense – while I like showing off, I don’t want anything falling out.”

“Around the house, and to certain events, jocks and thongs are excellent, but my chief complaint is that most makers don’t make the pouch nearly big enough!”

“My favorite jocks, thongs, and briefs come from Fort Lauderdale-based Wildman T. Everything they make is for us ‘bigger’ boys.”

The plans for the future

“Living in Palm Springs, my experience is that most men ‘of a certain age’ want to see other men of the same demographic who are vibrant, healthy, and sexual. Twinks are not want they’re looking for, nor does it always have to be the Daddy-Boy genre. The mature men that I know like hot men having sex with other hot men – there doesn’t always have to be some big construct like the studios seem to believe is required for something to be commercially successful.” 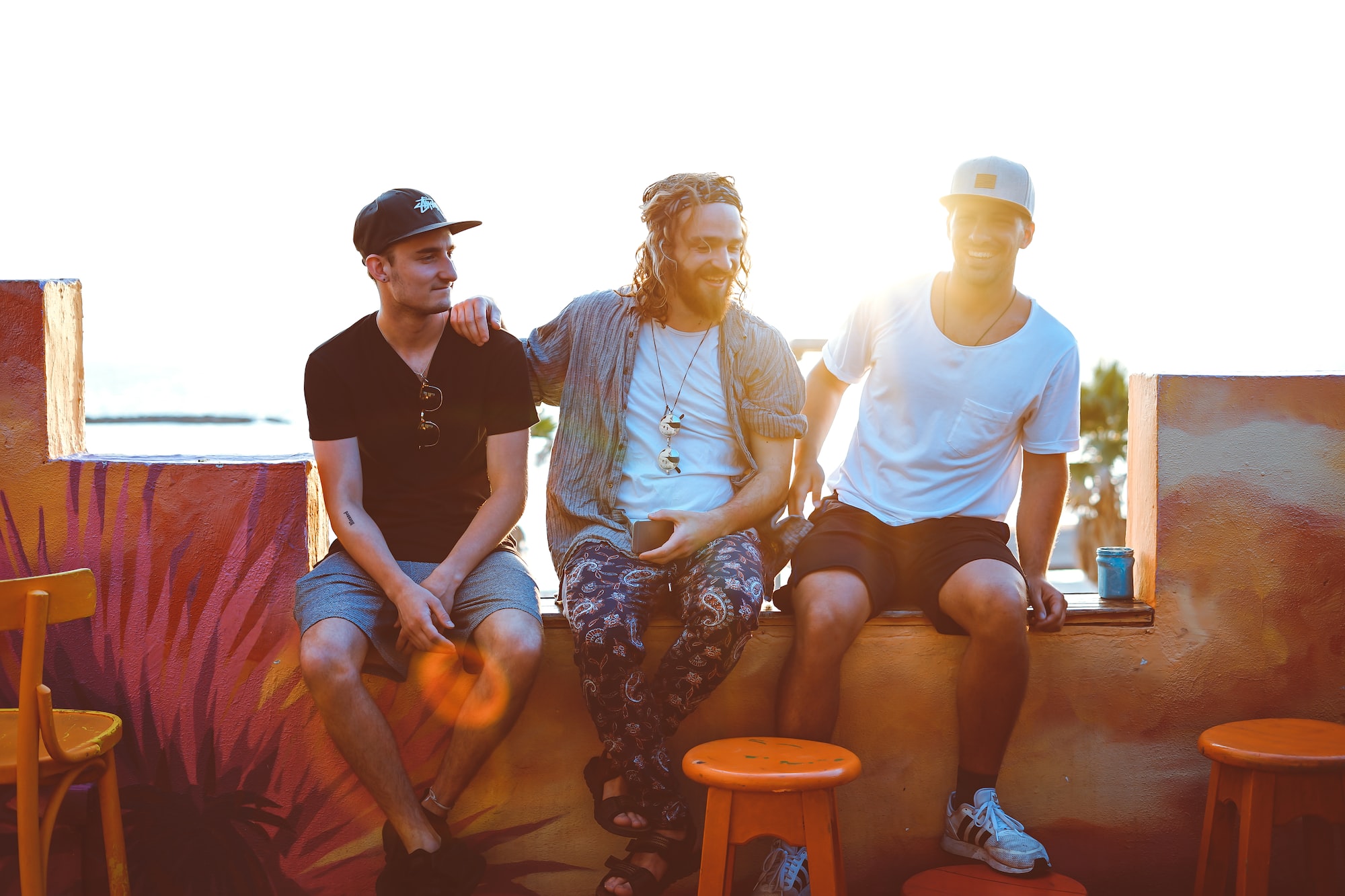