"Oh, hey..." said Kellen, as the call connected and their faces appeared on each other's phone.

"What's with the cold-call FaceTime?" asked Hamish. "You never know what I could have been doing!"

"Were you sitting on your couch watching old YouTube videos?" asked Kellen.

"Want to come to my place for a Sunday roast?" asked Kellen.

"What are you talking about?" said Hamish.

"You know, a Sunday roast..." said Kellen. "A big hunk of meat in the oven, potatoes, gravy - that kind of thing."

"I know what a Sunday roast is..." said Hamish. "Why are you cooking a Sunday roast? Anyway, we're on lock-down. I don't think we're meant to be mixing households."

"How many random guys off the internet have you hooked up with this week?" asked Kellen.

"That's not important right now..." dismissed Hamish. "Sure, I'll come over. Why are you cooking a Sunday roast?"

"Well, I kind of panicked at the butcher's..." admitted Kellen.

"The butcher's?" said Hamish. "What butcher? Since when do you go to a butcher?"

"I was there on Saturday..." said Hamish. "Crazy busy! So much for social distancing - it was rammed!"

"I know, right?" agreed Kellen. "Anyway, when I got to the front of the queue at the butcher's, I ordered a shoulder of lamb - I'd seen them in the window and they didn't seem too expensive. He said - how many people are you feeding? So, I said three."

"Three?" said Hamish. "Who are you cooking for?"

"Well, that's just it..." sighed Kellen. "I was just going to cook for myself - we're on lockdown and everything, and I just fancied cooking myself a small Sunday roast."

"Why did you say that you were cooking for three?" asked Hamish.

"I couldn't admit that I was going to be eating alone..." explained Kellen. "That would have been too embarrassing! It didn't seem plausible that I was in a Sunday roast kind of relationship, so I said three - like I was going to cook for my housemates or something."

"You don't have housemates..." said Hamish.

"I know..." admitted Kellen. "But I didn't want the butcher to think I was some weirdo who was going to cook himself a Sunday roast for one. So, I got this enormous piece of lamb that cost more than my entire week's food budget."

"You have a food budget?" asked Hamish.

"No..." said Kellen. "But if I did, I just spent it all on this enormous shoulder of lamb." 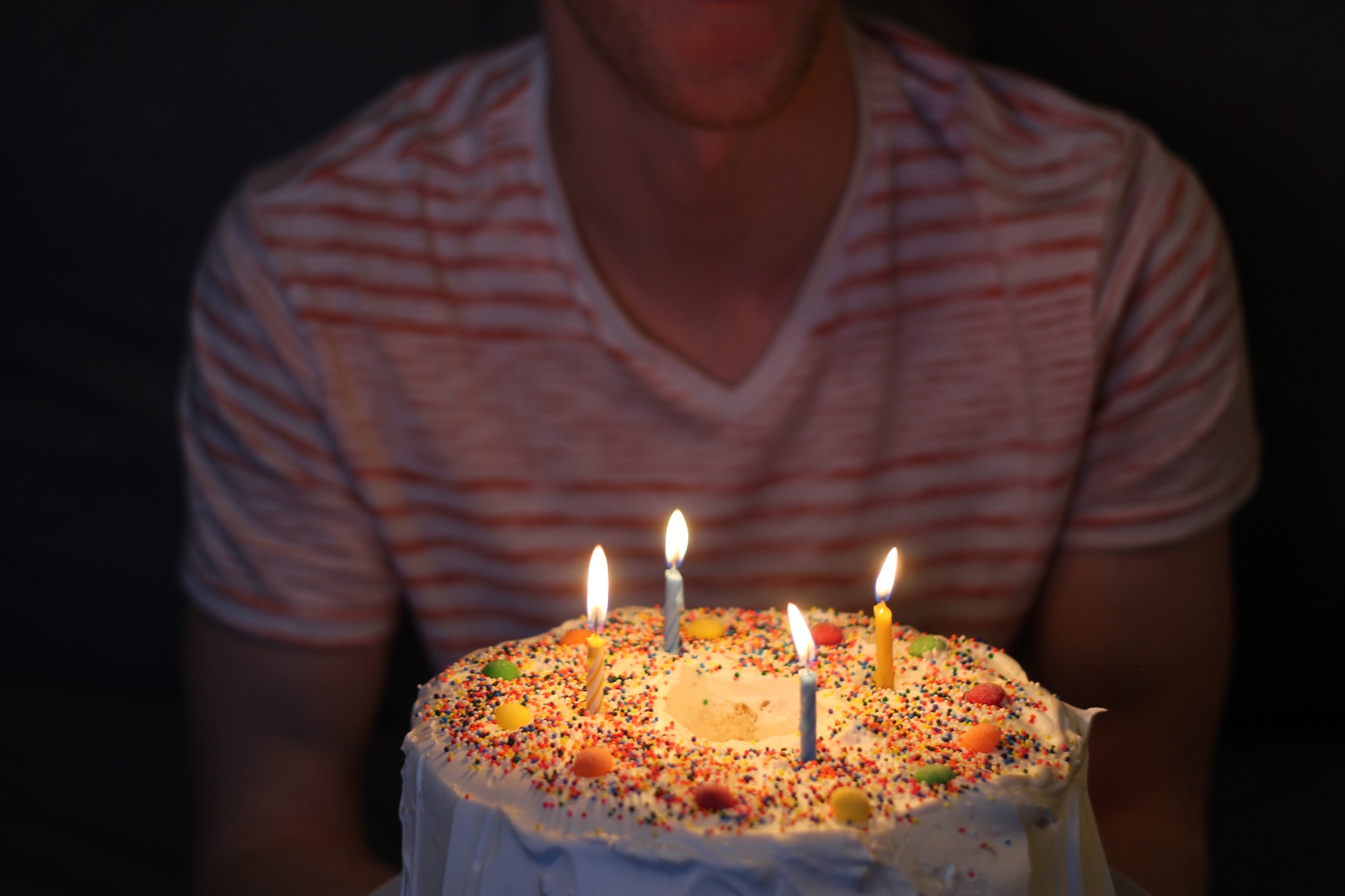 A birthday celebration in London. An autobiographical performance by Victor Esses and Yorgos Petrou.